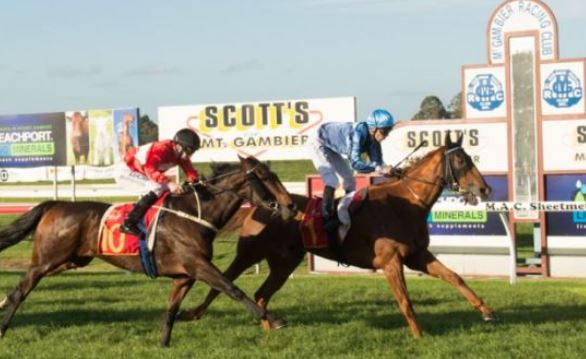 The annual Scott’s Group of Companies Mount Gambier Gold Cup will now be held on Friday 1 December, before the track undergoes a $3.3 million redevelopment, as recently announced by Thoroughbred Racing SA.

This announcement comes just days after the news of the successful application to the Federal Government’s Building Better Regions Fund initiative. Stakeholder consultation and an engaged community has ensured appropriate changes to race dates to allow for the redevelopment to proceed.

The 1 December Twilight races, now coined the 2018 Scott’s Group of Companies Gold Cup, will become the final meeting at Mount Gambier prior to the redevelopment of the course. From there the course will be closed from December 2017 and will be re-opened for the Limestone Coast’s social event of the year, the Mount Gambier Gold Cup two-day carnival in May 2019.

The annual ‘Summer Cup’, which was to be held on Saturday 28 January 2018 will now be moved to Sunday 5 November 2017 and renamed to the ‘Spring Cup’ to accommodate for the track closure the following month.

Six other meetings originally hosted at Mount Gambier between December 2017 and July 2018 will be relocated to alternate Limestone Coast Tracks. TRSA is currently in consultation with other clubs in the region to find a suitable solution to each race day and further updates will be issued when finalised.

Mount Gambier Racing Club chair John Fartch said everyone has been very supportive of the changes to race days to allow the redevelopment to take place.

“The community has been very cooperative allowing us to move race days around and host at different venues in the region,” he said.

“We are also extremely grateful to the Federal Government for its commitment, and in particular to Local Member Tony Pasin for his continued support to allow us to make this project a reality.”

Redevelopment of the Mount Gambier race track, to be funded by $1.5 million from the BBRF and an additional $1.8 million of industry funding from TRSA, will provide a new racing surface incorporating improved drainage and irrigation enabling the club to race for a larger part of the year.